The Illinois State Archives holds a remarkable document which we reproduce below with their permission.  We are grateful to Justin Blandford, Superintendent of State Historic Sites in Springfield, for calling attention to it in a summer panel discussion hosted by the National Park Service Network to Freedom.  As we wrote in our Fall 2021 newsletter:

At a time when Black children were excluded from public school and Black people still hounded and enslaved, 52 African American Illinoisans petitioned the state to allocate tax money that Black people had paid to educating their children.

Here are images of a remarkable 1800s document now being studied by historians in the Illinois Department of Natural Resources/Old State Capital in Springfield, where the state’s politics was carried on from 1840 to 1876. It is titled “Petition of 52 Colored Citizens of Illinois asking a change of the school law so as to permit them to receive the benefit of such tax paid by them.”—in other words, for the right to educate their children. Full document at http://newphiladelphiail.org.

With three McWorters signing—Frank, Solomon, and Commodore—this is the first documentary evidence of New Philadelphians taking political action, as distinct from the direct action of practical abolitionism.

Who are the other signers? How many Illinois counties are represented? We invite readers to help with this remarkable pre-Civil-War story of mobilizing for civil rights. Write to newphiladelphiail@gmail.com or justin.blandford@illinois.gov. 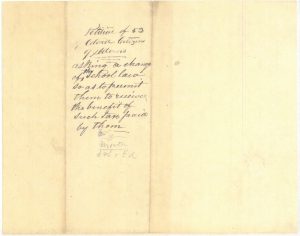 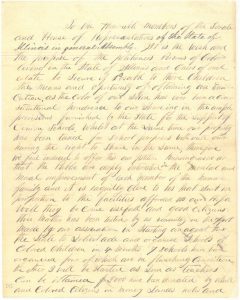 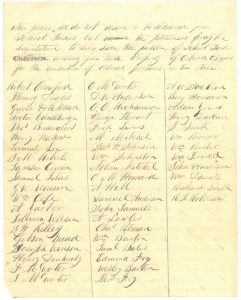