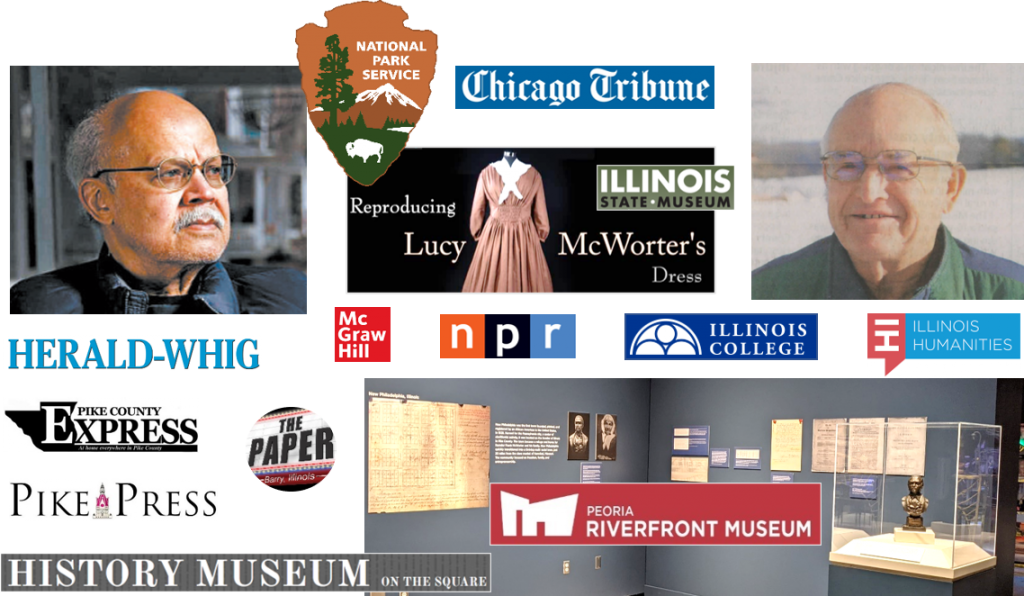 We are thrilled that the story of Frank McWorter and New Philadelphia is reaching more people, all over, and of all ages.  It’s time to recap and offer everyone a view of this: 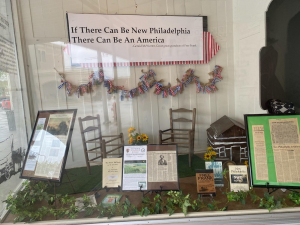 Pike County Express is celebrating the county’s bicentennial with this window display at their offices on the square in Pittsfield.